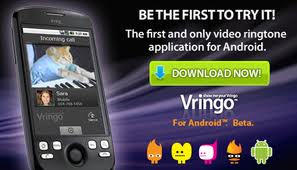 Vringo Inc. (VRNG) have announced that a Germany court found that Chinese telecommunications company ZTE Corp. (000063.SZ, 0763.HK, ZTCOY) infringed one of its European patents and is required to pay damages. The total amount of damages is still being determined. ZTE was also ordered to cease and desist distribution of base stations that were found to infringe Vringo’s patent. A ZTE representative wasn’t immediately available for comment.

Shares of Vringo, a small mobile technology and intellectual-patent firm, jumped 5.5% premarket to $3.25. As of Monday’s close, the stock was up 7.3% so far this year.

The court ruling is subject to appeal. Also, since Germany has a bifurcated system, the validity of the patent involved is being considered in a separate proceeding, as ZTE filed an action in a federal patent court in Germany trying to nullify the patent.

Vringo filed patent infringement cases against ZTE in five countries and has a preliminary inquiry in Spain. The patents involved relate to wireless infrastructure and handsets. The suits were filed in India, the U.K., Germany, France and Australia.

Last year, Vringo was awarded about $30 million in damages and granted future royalties by a federal jury in its patent suit against a handful of technology giants, including Google Inc. (GOOG) and AOL Inc. (AOL). Vringo had sued the search companies for allegedly infringing two of its patents related to advertising placement in search results.

Like Loading...
‹ Pfizer Settles Viagra Patent Litigation With Teva…Bit of a Letdown
Talent Wants to be Free ›