Led Zeppelin sued for Copyright Infringement in Stairway to Heaven 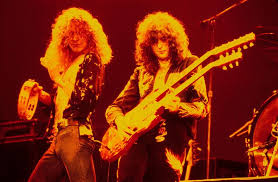 Forty years later, Led Zeppelin is being sued for copyright infringement in their hit Stairway to Heaven.

The estate of a Los Angeles musician Randy California (born Randy Wolfe) who died in 1997,has gone to court to accuse Robert Plant and Jimmy Page of copying one of “Stairway’s” now-famous guitar parts from  Spirit’s earlier work “Taurus.” In an interview before he died, California once noted the similarity between the two passages and that Led Zep, before its members became rock royalty, had been the opening act of an American tour for Spirit.  See here for more details.

This case is reminiscent of the Australian Men at Work case, where a guitar riff was apparently taken from the girl guide song Kukabarra. There, the lead singer eventually committed suicide.

I think that copying elements of a song ad reusing them in a new piece of work should be considered fair use. I am not judging the case though.

Like Loading...
‹ Judge Randal Rader of the Court of Appeals of the US Federal Circuit Resigns as Chief Judge
Teva Announces Favorable European Patent Office Ruling in COPAXONE® Patent Proceeding ›