Israel Patent revived over seven years after it lapsed 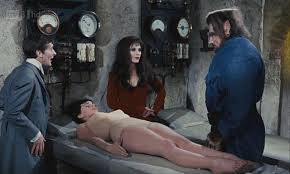 Israel Patent Number 139892 “INNER WORKINGS FOR A WATER TREATMENT UNIT” to Yigal Tsabri was allowed on 11 July 2006, but the first renewal was never paid. Consequently as of 11 April 2007, the end of the six month grace period, it was considered as having lapsed as of 11 October 2006, and in the May 2007 a notice of the patent having lapsed published.

A mere seven years later on 21 May 2015, Yigal Tsabri, the patentee requested the patent be restored. In the request he detailed that around the time the patent issued his financial situation deteriorated and the connection between him and his agent of record was broken. The agent of record did not inform him of the requirement to pay the renewal fee and instead, opened a file with the government collection agency (Hozlap). On 19 December 2011 a bankruptcy order issued but the receiver had agreed to allow attempts to restore the patent.

On 25 May 2014 the Deputy Commissioner noted the long time that had passed and expressed concern that the case could not be considered reasonable. Although the applicant had described difficult circumstances he had not presented any evidence of having done anything to keep the patent alive. The applicant for restoration had not detailed when he learned that the patent had lapsed and why he’d needed a District Court authorization to file a request for restoration.

In the circumstances the Deputy Commissioner gave the Applicant an opportunity to appear before her on 22 June 2014. During this hearing it transpired that the lapsed patent was a source of income as it was being licensed! – this despite the fact the license was not registered with the Patent Office, the patent had lapsed as of October 2006 and apparently the licensee was unaware that the patent had lapsed! The income from the patent license was being used to pay off the bankruptcy debts.

The patentee declared that he’d learned about the patent lapsing about eight months prior to the request for restoration being filed. As soon as he’d learned of it lapsing he’d turned to the manager of the bankrupt estate (presumably the receiver – MF) and had got District Court Authorization to file the request for restoration as the fee for so doing came out of the bankruptcy estate.

The Applicant provided reasons from May 2006 until today, for not having been able to clarify the status of the patent which provides grounds for leniency, despite the patent being to some extent abandoned. These reasons were not published in the decision as they are of a personal nature.

The Court had apparently provided a public defender to represent the patentee, but he had failed to show up for the hearing so the patentee had represented himself.

The Deputy Commissioner ruled that the patent could be restored on payment of the various fees, but this decision publishes for opposition purposes. As the patentee is not represented, the decision is sent to him directly and also to the public attorney’s office.

It does seem nice that a week and a half before Rosh Hashana, the Deputy Commissioner is showing clemency לפני משורת הדין.

However, 6 years is indeed a long time. It appears from the decision that the receiver had authorized the reinstatement back in 19 December 2011. From a first reading I assumed that this is one of the things that Ms Bracha wanted clarifying and is not actually the case. It also appears as if the patent attorneys had instituted the bankruptcy proceedings. Whilst this is certainly their right, I would be surprised if this is indeed the case. I also find it difficult to imagine that the agent of record didn’t forward the certificate. It seems more likely that they would warn regarding the first renewal and request all bills settled first.

The requirement for clarifying whether or not a patent is in force is to enter the Israel Patent Office website. The details are on line. The staff at the patent office are also fairly helpful over the phone. Indeed, if someone had come in to my office off the street wanting to know if a patent was in force, I would have told them , and suspect that this is true of many other patent offices.

The licensee has been paying money without minimal due diligence to check if there is a patent that is in force. This is surprising but not unbelievable.

Clients are odd things. I had a client who drafted his own application by copying someone else’s issued patent which he cited in the background. The basis of his claim to a patent was that he’d made the device smaller. Not surprisingly, the prior art was cited against him and that was when he came to me. I actually managed to make fairly drastic rewrites based on the figures and to obtain a patent. That inventor made the conscious decision to not to bother paying the first renewal fee since he was licensing the patent anyway!

I also had a Russian inventor who came to me with a portfolio of six patent applications, three of which had lapsed. He’d drafted the applications himself, and I suspect he’d written them in Russian and used a computer to translate the specification. I am always happy to take on a challenge, and managed to restore two of the cases that had lapsed within less than 12 months. I extensively rewrote the specifications without adding new material and got five of the six cases to issue. The earliest application had lapsed over three years earlier and I was unable to revive it, despite the applicant providing some evidence of periodic hospitalization and problems with a previous agent of record. He was unable to adequately demonstrate to the satisfaction of the Deputy Commissioner that he’d taken action promptly on first learning that the patent had lapsed, since I was taken on over a year later. It was a shame, since the patent was for a significant invention. The client wanted to appeal to the Courts, but did not instruct me on time. The Deputy Commissioner’s main concern was that third parties could have learned of the first application from a corresponding US case (published and allowed, however the issue fees were never paid). The rights of such third parties practicing the invention would have been compromised if the patent application was reinstated. I had actually tried to preempt this by offering an unconditional free license to any such third parties in the request for reinstatement itself. In the ruling refusing to all reinstatement, the issue of prejudicing unknown third parties and the need to strike a balance between the applicant’s rights and theirs was extensively discussed. My suggestion of an unconditional license wasn’t. Thisraised grounds for an Appeal to the Court, but the client didn’t instruct me on time and didn’t pay the fees. The main difference between that case and this is (a) that the Russian case was a lapsed application and this is a lapsed patent, and (b) specific health issues of each inventor, where the details of this case have not published. I jumped through all the legal hoops and related to every precedent to no avail. Presumably the patentee in this case did not, as he was unrepresented. What is interesting however, is that in the present case there is clearly a third-party who has not needed to pay licensing fees and was being defrauded, albeit possibly unintentionally. Now, by reinstating the patent, this actual and real licensee will have to continue paying fees hereinafter, possibly until November 2000. Go figure.

This ruling will publish for appeal purposes. The law granting the patent office discretion to revive long dead patents is clear. The question is whether the discretion was used wisely and whether the serious of events described by the patentee to justify the revival were true. We do not know what they are. The decision as published is heavily censored to protect the patentee’s privacy. Unless third parties can access the details, how can they challenge them? Can the former agents of record produce evidence against their ex-client who apparently did not settle his bills, to show that he did receive details of the deadline for renewal? Would this be a considered unethical? What about the hapless licensee who has being paying royalties to use a lapsed patent? It is unlikely that someone not involved would oppose a case with virtually no chance of recovering costs as the patentee is apparently bankrupt.