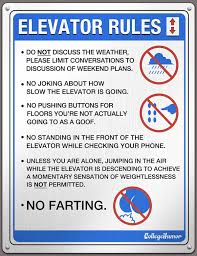 Israel Patent Number 216841 to Yoram Madar titled “Elevator protection against short-circuit of safety devices” was granted on 1 March 2013. Under Section 56 of the Israel Patent Law, the patentee should have paid the first renewal within three months, and failing to do within the following six months lead to the patent lapsing as of 1 June 2013, with a notice of abandonment publishing in the January 2014 Israel Patent Office Journal.

In a request for reinstatement dated 22 September 2014, and with a declaration and appropriate evidence, Medad alleged that the renewal was paid on 13 March 2013. Furthermore, he claims to have sent the receipt of payment to the patent office but there is no evidence that this is indeed the case as there was no covering letter or receipt from the patent office that was stamped received.

Madar claimed that he never wanted the case to lapse and that he discovered the problem when requesting a priority document for a national phase entry into the US.

In the circumstances, the conditions of Section 60 were considered to have been fulfilled and the Deputy Commissioner allowed the case to be restored subject to publication of the decision and no oppositions being filed.