According to the World Intellectual Property Review (A UK based IP bimonthly I used to write an Israel report for) an Australian who hoped to open a “Scottish Jewish” restaurant called McKosher has lost his fight to trademark the name following a battle with fast food chain McDonald’s.

The application was filed by Mark Glaser, who lives in Maclean in New South Wales, in 2013. It was for class 29, covering various types of food. But in a decision handed down on May 3, the Australian Trade Marks Office said there would likely be a textual confusion between the ‘McKosher’ mark and McDonald’s, which owns several trademarks starting with the ‘Mc’ prefix.

Glaser told the office hearing he was of Scottish Jewish descent and that he hoped to open a Scottish Jewish restaurant called McKosher. Despite his additional claims that businesses in Maclean had often used the prefix ‘Mac’ and ‘Mc’, including McMarkets and MacConsultants, the office rejected his application.

In its opposition McDonald’s said it owned several trademarks for ‘Mc’-based products and that it was in negotiations with rabbi leaders in Jerusalem over the issue of the name of the chain in the city. One suggestion was to re-name specialised branches that sell kosher food as “McKosher”, the restaurant said. McDonald’s also pointed to its previous use of the prefix ‘Mc’ including ‘McFeast’, ‘McChicken’ and ‘McFish’. 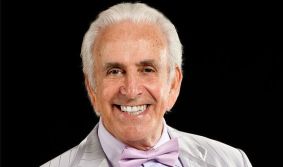 One wonders why McDonalds hasn’t moved to have Maclean renamed?

One of the well-respected Rabbis offering Kosher food supervision in Israel is Rabbi Macfoud. I’ve always found the idea of McFood as a certification of Kosher food a little amusing.

When Mac Donalds opened up in Israel, there was a lot of opposition from the ultra-Orthodox. It occurred to me that they could easily have closed down the Tel Aviv Bus station’s non-Kosher outlet by simply patronizing the store, ordering a soft drink and sitting there waiting for their connections. Such a non-aggressive move would clog up the tables and make it impossible for them to serve anyone else.