Home › Intellectual Property › He Messed Up, So Why Should We Care?

He Messed Up, So Why Should We Care? 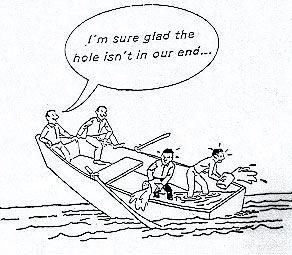 In a previous post I called for the IPAA, AIPPI and other professional organizations to file amicus briefs when Colb appeals the patent office decision relating to IL 159324, that an unintentionally abandoned patent could not be reinstated as his firm’s usage of a manual docketing system was indicative of lack of due care.

A large number of colleagues met at INTA and at the IPR conference including Colb employees have told me that they agree with me. At the farewell reception at INTA, I bumped into a pod of Israeli Attorneys. Two of them told me they agreed, but the third one took the attitude “why should we care? – It’s Colb’s problem”.  One of the others pointed out that next time it could be one of them. This is certainly true, as noone is infallible. However, that is only part of the picture.

If the decision is not reversed on Appeal, I expect that either all of us will be paying additional malpractice insurance or the insurance companies will explicitly not cover claims made in renewal related services. Every time someone else is sued, the field is considered more dangerous.  Clients will be forced to pay more as the cost of insurance will be rolled on to them.

To put it another way, we are all in the same boat…