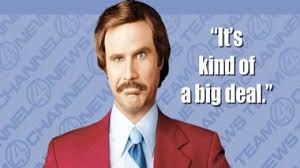 Yidiot Internet filed a request to have the mark canceled.

For those of you wondering what’s the big deal, the following images may help clarify: 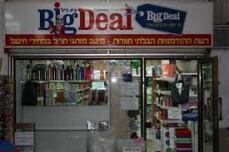 H.A.B. Trading LTD has now requested that Yidiot Internet’s counter-evidence be deleted from the file. Yidiot countered the request, but H.A.B. Trading did not respond before 15 June 2016 when Ms Yaara Shoshani-Caspi, Adjudicator at the Israel Patent Office gave the following decision.

The mark owner (H.A.B. Trading LTD) claimed that Yediot Internet were tardy and missed the deadline for filing their counter-evidence with the court and with the mark owner.Furthermore, the counter-evidence was unacceptable in that it was not provided as an affidavit, did not include a warning from the attorneys to tell the truth or suffer the consequences, and did not include the title “expert opinion”.

Yediot Internet responded H.A.B. Trading LTD’s request for cancellation was niggardly and superfluous. They consider that the counter-evidence was timely filed, were in the appropriate form, and if the court rules otherwise, they should have an opportunity to repackage the response in an appropriate manner.

The correct way to present evidence in a trademark proceeding are given in regulations 38 and 40 of the trademark regulations 1940.

The opposer has to submit all his evidence within two months of receiving the applicant’s response.

In response, the opposer may submit counter evidence within two months and deposit a copy with the applicant.

Ms Shoshani-Caspi concluded that the last date for the applicant for cancellation to file counter-evidence was 6 April 2016,. The evidence was filed on 7 April 2016 – i.e. a day late. The mark owner only received a copy by registered mail on the 17 April 2016 .

The language of Regulation 40 should be understood as instructions for one party to provide evidence to the other party simultaneously with submitting the evidence to the patent office and not afterwards. However, as a matter of principle, disputes should not be decided based on procedural issues only where there is no irreversible damage to the opposing party. See 189/66 Asiz Sasson vs. Kedma LTD  – Car and Equipment Factory P.D. 20(3) 466, 479. In this instance, the procedural irregularities do not cause irreversible harm to the mark owner since the next stage of the proceedings is to fix a date for a hearing. The tardiness does not justify cancelling the proceedings.

That said, the document titled “Response to Dr Sarid’s Opinion has a signed blank sheet attached that casts aspersions regarding whether the signature belongs with the response, as there is no reason for the last page not to be signed. The document does not include the name of the expert who wrote it and is undated. It is also not endorsed by a lawyer. So whilst cancelling the evidence and closing the case on procedural grounds is a drastic step, this does not mean that anything is acceptable.

Consequently, the applicant for cancellation has 14 days to resubmit the expert opinion as a proper signed and dated affidavit with appropriate lawyer’s warning within 14 days, and to ensure that the trademark owner’s counsel receives a copy in this period as well. Interim costs of 800 Shekels + VAT are awarded to the mark owner, to be paid within 14 days.

Like Loading...
‹ Shabbat Lifts Not for the Public Good
Lapsed Patent for Monitoring Flow of Sewage Reinstated ›