Knipex-Werk and C Gustav Putsch KG opposed Israel trademark application nos. 279193 and 283268 in classes class 7 and 8 respectively, which were both filed by Ohev Zion LTD (Ohev Zion, means Love of Zion). The marks are fr the stylized word COBRA shown alongside.

Furthermore, Knipex-Werk and C Gustav Putsch KG themselves filed Israel trademark application no. 289408 in class 8 for the word COBRA, for water pump pliers and pipe wrenches.

On 25 June 2017, the parties submitted a notification to the effect that after long and continuous negotiation, they had reached a coexistence agreement regarding the registration and usage of the marks in Israel, with intent to prevent misleading or confusing Israeli consumers, and the Opposition was thus closed with both parties agreeing to pay their own costs. A copy of the coexistence agreement was appended to the notification. 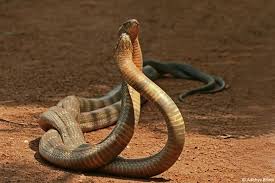 In the framework of the agreement, the Applicant and the Opposer agree to a number of conditions, designed to protect the Israeli consumers. In addition to restricting the range of goods in the Applications, as detailed below, the Applicant will only use the stylized COBRA mark, and not the word alone. The Opposer will not use the stylized mark. Both parties undertake not to use their marks with respect to goods that the other party has applied for, and thus there is no likelihood of customer confusion.

The parties request that opposed Israel trademark application nos. 289408 in class 8 for  “water pump pliers and pipe wrenches” be immediately examined and allowed and the Opposition be considered dropped only on publication of the 289408 application as allowed. Should any of this agreement not be acceptable to the Registrar, the parties requested that a hearing to be attended by their legal representatives be scheduled as soon as possible.

There are three trademark applications. The Applied for marks are stylized and the Opposer’s mark is a simple word mark.

In light of the agreement before her, the Adjudicator, Ms Yaara Shoshani Caspi does not consider that it is sufficient for the Opposer to agree to refrain from using the Applicant’s stylized mark. Also it is insufficient for both parties to refrain from applying for Cobra marks for goods that the other party sells. The Adjudicator considers this insufficient to create the desired difference between the two Cobra marks.

As to correcting the list of goods, the Adjudicator is only partially satisfied.

The list of goods of Israel trademark application no. 279193 in class 7 is as follows:

If, however, Israel trademark application no. 284368 is amended to exclude “Manual hand tools, namely drills, hammers, screws, pinchers, corner nibblers, table nibblers, saws, nibble wheels”, the marks will be considered allowable and the coexistence agreement will be endorsed. The parties have until 19 July 2017 to accept this. There does not seem to be a point in holding a hearing whilst the parties are negotiating, and if the parties fail to come to an agreement, the Opposer should submit their evidence within two months, i.e. by 5 September 2017, with the appropriate fees.