Home › drugs › When The Adjudicator Becomes an Inquisitor

When The Adjudicator Becomes an Inquisitor 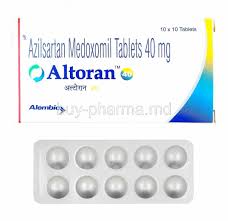 IL 198147 to PTC Therapeutics Inc is the national phase of a PCT application claiming priority from a US patent from 12 October 2006.

The patent is concerned with dosages of 3-95-92-fluouro-phenyl)-[1,2,4]oxadiazol-3-yl)-benzoic acid (Altoran) for treating or preventing Cerebral Fibrosis CF and Duchenne disease resulting from mutations. Claim 1 relates to oral dosing three times a day at 6 hour intervals, with the third dosage of 36-44 mg/kg being larger than the first two which are in the range of 18-22 mg/kg, which covers a 12 hour period until the first dose the following day. The effect of the dosage may be measured in the patient’s plasma.

Following allowance, the Application was published for Opposition purposes. Teva Pharmaceuticals opposed the patent issuing. Following submission of the Statement of Claim, TEVA withdrew the Opposition, and so the Commissioner has to consider whether to allow the patent to issue, or to step into TEVA’s shoes, based on the statement of case, and continue the inter-partes opposition proceeding as if it was an ex-partes (re)examination under Section 34. PTC Therapeutics also requested costs and these were awarded in a decision of 13 August 2017.

Due to a Patent Office mistake, the issue of whether or not the Opposition should proceed ex-partes under Section 34 was not considered for a year, for which the Patent Office apologizes.

From the Statement of Case of the Opposer, on 4 October 2006, the protocol o f a Phase II trial numbered PTC124, that included oral dosing of Altoran for treating Duchenne disease was published. TEVA claimed that persons of the art would be aware that PTC124 was Atloran, from the databases at the time, and Altoran was a known chemical whose synthesis was known back in 2006.

From the protocol of the PCT124 testing, patients were to receive dosages of 20mg, 20mg and 40mg at six hour intervals, with the larger dose followed by a 12 hour interval. A second group received the drug at a lower dosage. The protocol also related to how to deal with side-effects. The Statement of Case shows that the protocol explains the experiment as being required to obtain the correct concentration in the plasma of the patient.

Although the protocol was a wish list for the correct levels of Altoran in the patient’s blood, TEVA argued that this rendered the claimed invention obvious but not enabled.

In the Opposition to IL 153109 Teva and Unipharm vs. Merck, then Commissioner, Dr. Meir Noam ruled that a publication that includes a dosage regime but not the results of taking that regime was sufficient to anticipate a claim for the invention:

Dr. Copastone, on behalf of the Opposer, testified under Cross-examination that the two lunar publications brought to negate novelty, indicate directions that should be tested clinically. Whereas Lunar I required tests to determine the dosage, Lunar II provided the dosages as well, and the purpose of testing was only to prove efficacy.

In light of the above, the Applicant will clarify why the publication of the protocol does NOT anticipate claim 1, and why paragraphs 22 to 40 of the Opposer’s statement of case does not invalidate the other claims.

This year-long delay is unfortunate, but it occurred whilst there was a change of Commissioner, so is understandable.
TEVA’s share price has dropped considerably over the past year or so, and they have laid off staff, including members of the IP department. It is thus certainly conceivable that they chose to abandon this opposition despite believing that they had a valid case against the patent issuing.