Home › claims › Amending ranges in the claims of an issued patent

Amending ranges in the claims of an issued patent

Once a patent has issued, claim can still be amended to correct errors or to narrow the scope of the claims. Such narrowing amendments must, however, be supported by the specification. No new material can be added.

Often such claim amendments are requested due to cancelation or opposition proceedings, but they can also be ex-partes requests made by the patentee.

Ferring International Center SA applied to amend the claims of IL 208538 which had issued on 1 July 2014. The Examiner refused to allow an amendment to claim 23, arguing that the requested amendment lacked support in the specification.

Claim 23 (which became claim 22 after the appeal reads as follows:

FSH is a hormone that stimulates ovarian follicular maturation. The hormone is a sequence of amino acids. Sialylation is the response where Sialic acid is involved. In this context, when the hormone is created, sugars and sialic acid are added to the amino acids of the sequence. α2,3 and α2,6 are the direction of attachment of the sialic acid. The invention relates to genetically engineered recombinant FSH with a specific proportion of α2,3 to α2,6.

The Applicant showed support from the following passage on page 8 of the specification:

But the Examiner considered that this wasn’t sufficient support for the range of 5% to 20% and refused the amendment as contravening Section 66 of the Patent Law 1967 which states that:

The Commissioner will allow amendments that do not widen the scope of the patents or add to the specification that which was not substantively disclosed thereon originally.

The Deputy Commissioner accepts the Applicant’s contention that literal support is not required, and Section 66 requires substantive and not semantic support. The condition is to prevent situations wherein after the amendment, something not previously included within the scope of the patent subsequently falls within the ambit of the claims. Furthermore, the patentee must not add something not claimed originally.

Generally, amendments under Section 66 are evaluated by considering whether something that would not have infringed the patent prior to the amendment is subsequently considered as infringing. See the ruling concerning the amendment of IL 101537 Merck and Co. Inc vs. Unipharm ltd 30 April 2003.

The question whether an example or part of a range that was widely claimed can be narrowed was discussed in re Merck and in the Opposition to IL 122546 Teva vs. Abbvie Inc. from 2 May 2016. In re Merck, the Applicant added a range of pH based on examples within this range. In that instance, pH was not mentioned at all. In Abbvie, one enzyme was selected from a group that was claimed earlier, but the enzyme was known to persons of the art as widely available in the human body. In these cases the Deputy Commissioner and Commissioner respectively held that the amendment did not add anything to the specification that was not there previously and thus allowed the amendments.

The patentee also cited the British and European rulings in this matter in their statement of case and in the subsequent hearing. The British law is found in Colin Birss; Andrew Waugh; Tom Mitcheson; Douglas Campbell; Justin Turner; Tom Hinchliffe “Terrell on the Law of Patents”, 18th Ed. (2018) Chapter 15, part 4::

“The Courts’ approach to the test of added matter was encapsulated by Floyd LJ in AP Racing v Alcon Components [2014] EWCA Civ 40.: “In the end the question is the simple one posed by Jacob J (as he then was) in Richardson-Vick Inc’s Patent [1995] R.P.C. 568 at p.576 (approved by him as Jacob LJ in Vector Corp v Glatt Air Techniques Ltd [2007] EWCA Civ 805, [2008] R.P.C. 10 at [4]): ‘I think the test of added matter is whether a skilled man would, upon looking at the amended specification, learn anything about the invention which he could not learn from the unamended specification.’ The policy behind the rule against adding matter was also examined in Vector v Glatt at [5] to [6]. One of the reasons for the rule which was identified is that third parties should be able to look at the application and draw a conclusion as to the subject matter which is available for supporting a claimed monopoly. If subject matter is added subsequently the patentee could obtain a different monopoly to that which the application originally justified.”

In other words, the test suggested by the English Law is whether an average person of the art will learn something new about the invention after the amendment that he would not know from the specification prior to the amendment.

In the BOA ruling of the European Patent Office T 0612/09 from 11 April 2013, the European tribunal allowed the range of 3 to 10 mg per kg even though it was not mentioned as a range in the application. The range mentioned in the specification was 3 to 12 mg per kg, and preferred values of 3, 4, 5… 10, 11 and 12 m.g. per kg were listed in the specification. It was argued that if the patentee Cubist Pharmaceuticals Inc mentioned the widest range which included the narrower range and also mentioned specific dosages within the wider range, the specific dosages could serve as end points of the newer, narrower range. 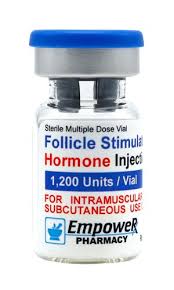 In this instance, the application gives a wide range of 50% or more α2,6-sialylation. Afterwards, specific ranges were given by way of example:  40%, 30%, 20%, 10%, 5% or less, It appears that the Examiner understood these as ranges, and not as point values.  In other words, the words “or less” apply to each of the numbers given and thus provide ranges.

Consequently, the  narrower range now claimed is found within the wider range and does not create a new invention that is different from the one originally described in the sense that there is no engineered hormone found in the corrected range that was not included in the original range prior to the amendment.

Furthermore, if we apply the English test, it seems that a person of the art would understand from the specification that the patentee included all points within the range from 0% to 50% were possible and so secondary ranges within this main range are included in the wider range.

As an afternote, the Deputy Commissioner points out that section 2.5.4 of appendix 11 to the Work Instructions 11 of 23 January relate to support for reducing a claimed range in more detail, and for choosing a selection from possibilities not supported in the specification which are considered a later choice.  This section was included in the work instructions a couple of months after the Examiner’s decision, and so was not considered by the Examiner. The work instructions state:

A later choice of a synergy of ingredients (combination) which was not indicated in a reasonable way, (such as in an example) from other possibilities that were included in the specification as filed, should be considered as a selection that adds a technical contribution or a new understanding regarding the invention described in the original specification,  then the corrected scope claimed will not be considered as reasonably being part of the original invention.

In this instance we are not dealing with a new combination of ingredients that is selected from a range of possibilities but rather of a narrower range included within a wider range whose ends were given explicitly, so the range cannot be considered a later selection.

In light of the above, the patentee’s appeal of the Examiner’s decision is accepted.

As noted in the discussion, Claim 12 in the corrected version is identical to that claimed in corrected claim 22. The patentee is given 30 days to provide a claim-set free of duplication. On receipt of the corrected claims, the amendment will publish for opposition purposes as provided for in Section 66 of the Law.